It does not end with Louis Armstrong's death on July 6, 1971 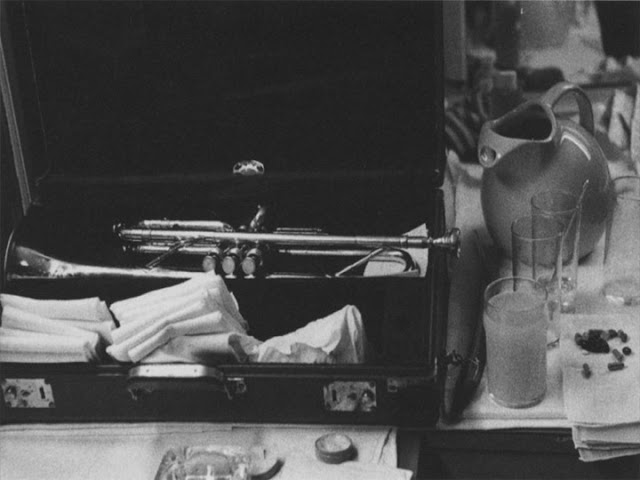 Every year as September approaches, the person I am closest to announces, “You never go swimming after Labor Day.” Labor Day – the great divide between fun and responsibility.
Fun and letting be, not so much the balance between but the constant swaying, the back and forth—this has something to do with Lil Hardin. Lil liked to think of herself as a good time girl, the Hot Miss Lil. Like most of us, the fun part largely happened in her youth. With her mother in tow she moved to Chicago in 1917 from her hometown, Memphis. Her first job was playing piano selling sheet music. Then she hooked up with Joe Oliver and his Creole Jazz Band. When the band stopped playing at 1 am, Miss Lil’s mother was there to pick up Hot Miss Lil. When Oliver’s band toured for the six months, San Francisco, Miss Lil made certain there was no fooling around. She touted the idea of Hot but Miss was who she was. All these adventures all before she was twenty, before she even met Louis Armstrong. In 1922 he joined King Oliver’s band. In next two years Lil fell in love with Louis, took charge of his personal appearance and career, married him, and together they wrote a slew of songs they recorded sometimes within days of composing them. To name a few: “Fireworks,” “I’m Not Rough,” “Skit Dat De Dat,” “Two Deuces,” “Tears,” and especially “Struttin’ With Some Barbeque” (no doubt the most famous one, also the one Lil singled out in her copyright lawsuit against Louis filed in 1934 when he was on an extended tour in Europe).
I was fascinated by the Hot Miss Lil’s audacity and success, but initially  found her brash. Perhaps knowing the story of Louis and Lucille’s more compatible union and Lucille’s mellow acceptance of Louis and his ways framed by initial reaction to Lil. Lil was bossy and outspoken, but she helped him make important decisions that advanced his career. She convinced him to leave Joe Oliver, to go to New York, return to Chicago and form his own band. Though Louis, like Lil, was responsible, his idea of responsibility was to find someone else to take charge of this. Louis was always big on fun.
Lil possessed musical talent and she was good at composition. She played the piano moderately well but not imaginatively—at least that’s how Louis’s chroniclers describe her. A solid accompanist, she was frequently criticized for her thumping piano line capable of carrying the rhythm but not much else. Yet Lil was essential in the seminal early recordings of the Hot Five.
Lil herself never claimed she was a great musician. For a long time the subject women in jazz did not exist. Only the greats, Billie Holliday, Alberta Hunter, Bessie Smith made the big mention. But today there is plenty of material and continuing research on seminal (and not so seminal) women in jazz. Lil’s life and contribution are well covered. One source is James L. Dickerson’s biography Just for a Thrill: Lil Hardin Armstrong, First Lady of Jazz (2002). Dickerson details her 1920s musical life but, importantly, covers her whole life, all of her accomplishments and struggles.


Chris Albertson’s blog, www.stomp-off.blogspot.com, is perhaps the best source; it is surely the most personal. Albertson and Lil Armstrong’s friendship began in 1961. He recorded his interview with her shortly after they agreed to collaborate on Lil’s autobiography, a project from which she later withdrew. At the time she said she wasn’t ready to publish her account. However, their friendship continued and they visited several times in the last decade of her life. She frequently made shirts for him and shared many photographs that are found only at this site. Albertson admired and respected Lil. When I found this blog, I began to see Lil in a new light, a softer view grounded in his respect and admiration. Lil did tell her own story not only to Albertson but also on an oral history interview she made in 1956.[1]


Should I mention I swam to the island and back yesterday, four days after Labor Day? I had no such intention but the sky was spotless, no wind, no boats, and the air and water were a match at 72°.
[1] “Satchmo and Me,” an oral history recording made in 1956, released as an LP by Riverside. A portion of this document is published in Joshua Berrett’s The Louis Armstrong Companion: Eight Decades of Commentary. The complete typescript was published in American Music (Spring 2007). Sound excerpts from the recording can be heard on Chris Albertson’s blog, www.stomp-off.blogspot.com.
[2] ibid, 117.
[3] Louis Armstrong: Fleischmann’s Yeast Show & Louis’ Home-Recorded Tapes, 2 CDs, Louis Armstrong House Museum, liner notes: Dan Morgenstern, 14.
Posted by Margo Mensing at 11:22 PM 2 comments:

August 2, 2011 is the beginning of the end of my year with Louis Armstrong. Maybe I chose this date to begin the end because it is my anniversary, accompanied by rumblings of a small hope that sometime, likely on a lake, there’d be a conversation. Death intervened; a long relationship ended, now closed.
A sultry day in early August—I’m tuned to Lil Hardin Armstrong, second of Louis Armstrong’s four wives. Lil is at the center of this inquiry—her music, her tailoring, and, most of all, her marriage to Louis that ended in divorce sixteen years later. But it’s more the realization that the constant variables—the seasons, weather, and place—are crucial in triggering memories as well as governing life choices.
Louis loved to swim. There’s a famous photo of him with four friends in Lake Michigan, a Chicago beach. They are all laughing, five heads bobbing close to one another. He wrote: “Of course I am not so bad myself at ″Swimming — in-fact it’s one of my’ famous’ Hobbies, outside of ″Typing”—I loves that also.”[1]
Then there’s another summer play day. This one: 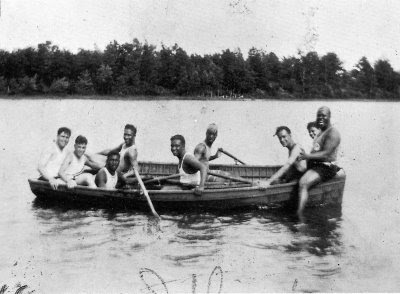 
Horns on the Hudson

Hoofin' With Louis at Nolan House

Posted by Margo Mensing at 4:17 PM No comments:

Margo Mensing
Each year beginning on my birthday, October 4, I create a presentation or performance centered in the life and accomplishments of a famous person who died at my current age. This year I am creating Stoptime: Louis Armstrong Festival, July 6, Saratoga Springs, New York. As Project Coordinator I am bringing together musicians, artists, and performers to create over a dozen events from 4 to midnight. I received a 2011 SPAF (Saratoga Program for Arts Funding) Artist Grant, partially funding this event. Louis Armstrong is the seventh in this series, the Dead at series. The choice for 2011 was simple—Armstrong is universally beloved. Armstrong is by far the most overwhelming subject. I began with J. Robert Oppenheimer at 63. The next year brought me to Jackie Kennedy, then Walt Disney, Donald Judd, Joan Mitchell, and Elizabeth Bishop.